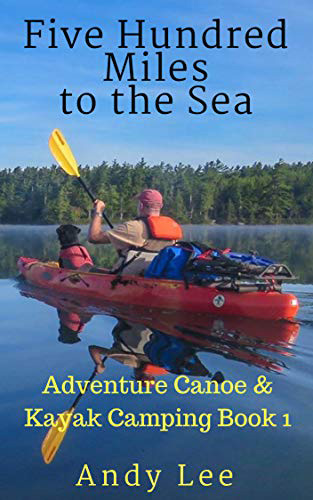 This is my journey by kayak and canoe and portage across the state of Virginia. My route began at a tiny spring-fed pond on the West Virginia border and followed the Historic James River, from her headwaters in the Jackson River and Cowpasture Rivers.

I paddled mountain streams, languid pools, placid lakes thru the Upper and Middle James to the rushing whitewater of the Falls Line in Richmond, thru the winding oxbows and tidal flows of the lower James and across Chesapeake Bay to the Atlantic Ocean.

Three weeks and 500 miles later I landed within a stone’s throw of the site of the First Landing by English Settlers in the New World.

This story begins on the 400th anniversary of the landing of English Settlers at Cape Henry, in present-day Virginia Beach, Virginia.

Read about the canoes and kayaks I used, hammock camping, campfires, why I paddled solo, and learn how you can do it too.

You MUST do this to hike more miles!
Ep 23 – Campsite Q&A’s with Ben & Lauren
Vail and Other Major Colorado Ski Resorts Could Be Home to New Gray Wolf Population
These 10 Mountains Are Already Getting Snow
Photo Of The Day By Derek Peckenpaugh
Factory Farming Is on the Ballot in Switzerland