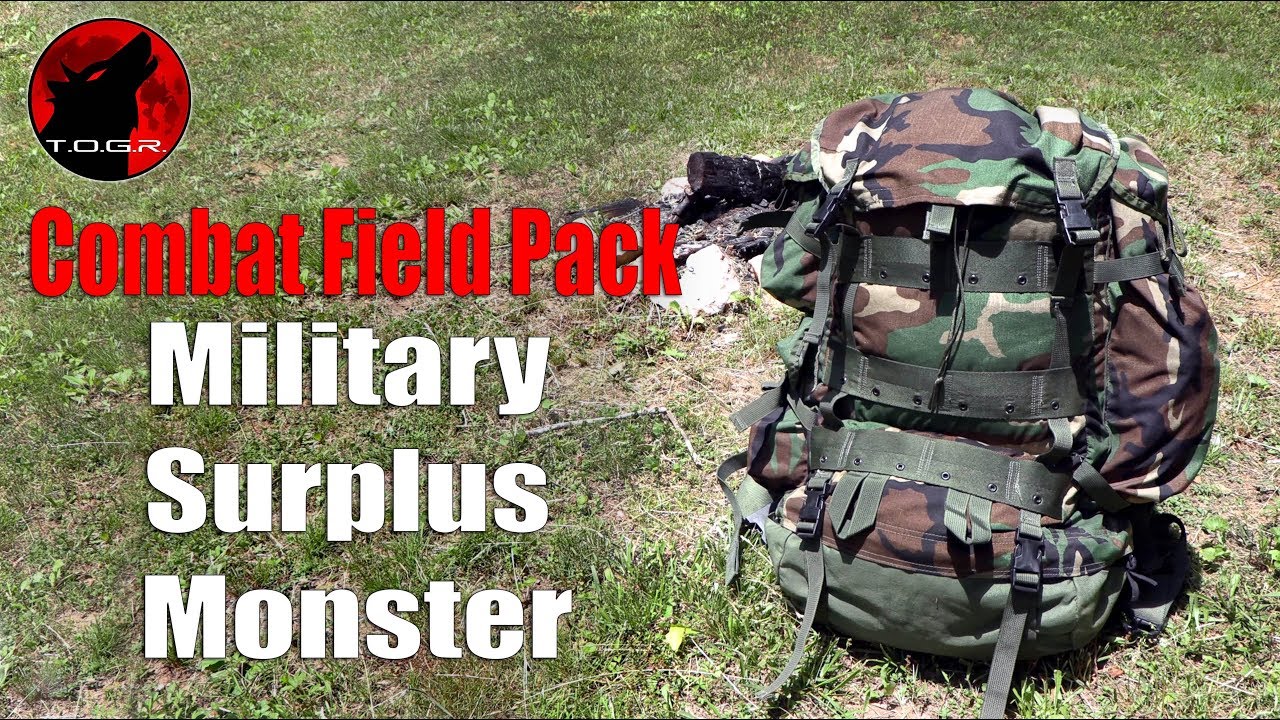 This is the military backpack which often goes forgotten by military surplus fans and today it is time to discuss it!

Weight : 8lbs without the patrol pack

Camo : These only come in woodland camo from what I understand; if you see one in a different pattern it is likely a knock off.

Versions : Other militaries have updated designs of this pack such as the Indian army which features Molle all over the pack.

It should be mentioned that prototypes of these packs popup everyone once in a while including those which are OD and brown in color.

if the false bottom is opened the entire main compartment will measure 31” x 14” x 8”.

History : The design of this pack came from a WWII USMC Jungle ruck and was released in the late 80’s and was later discontinued at some point in the late 2000’s with the last of these being made around 2008.

I have heard over the years that early versions of this pack were made by Low Alpine and all of them are known for having various problems especially with the frame and breakage. From what I have read, these were normally used by Recon, Rangers and Special Forces and that the Army decided that they were simply too big and bulky for regular use.

During the course of the CFP-90, the problems associated with the first versions were not correctly solved and some problems still passed on to the second models.

Can easily haul over 70lbs

Bulletproof – Don’t let this term confuse you; every once in a while I’ll see some comment in regards to this term and for some reason there are some people who don’t understand it. It means strong, not literally bulletproof.

Excellent value for the money

The biggest complaint I’ve heard about the genuine ones is the plastic piece that attaches to the sliding adjustment for shoulder strap height has been known to break.

There are known quality issues no matter the version
..

Check out our web site for more information concerning everything seen on our Channel including reviews, insight into what is coming up and a chance to vote and influence our upcoming overnight adventures.

You MUST do this to hike more miles!
How Does the ’70s’ Lightest Backpacking Gear Stand Up to Today’s?
Can’t Get Out of the Backseat? Check Your Ski Boots
Caravan HQ Camp meals. short video
Braven BRV Pro Accessories
Real Weird Bike: ‘Cercle’ Concept Has Table, Chair, and Bed Built In