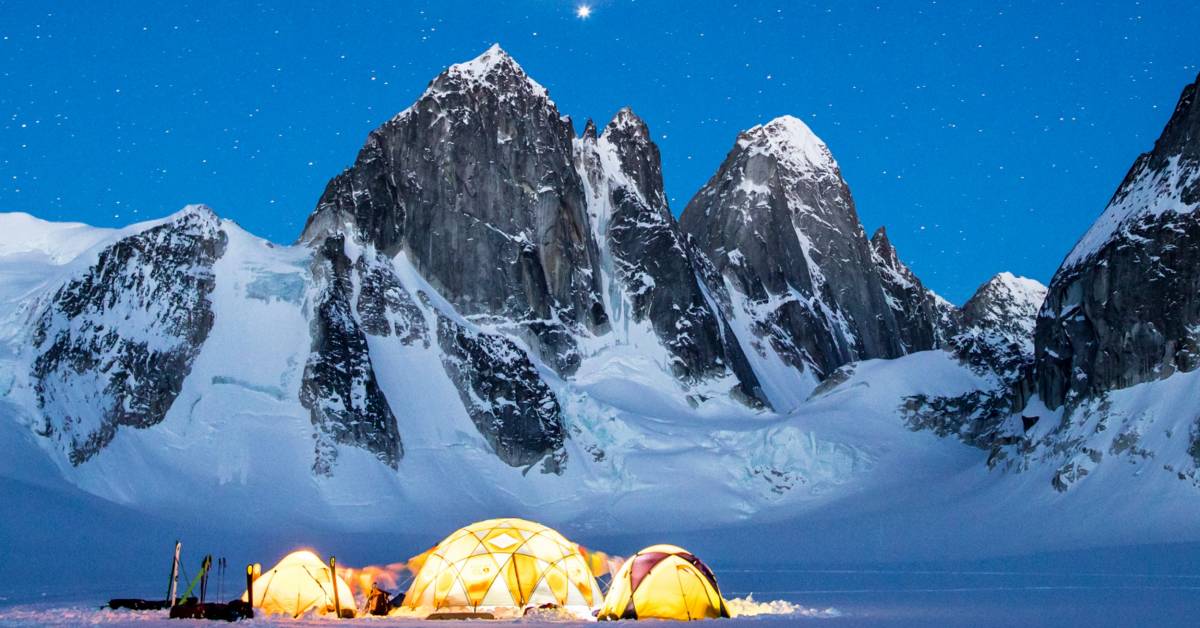 Banff Mountain Film and Book Festival announced Helen Sovdat as the 2021 Summit of Excellence winner for her significant contributions to mountaineering in the Canadian Rockies.

“Sovdat has proven herself in many of the world’s great ranges. From the St. Elias to the Andes, and the Himalayas, she’s made ascents of Ama Dablam, Manaslu (8,156 m, first Canadian ascent), and Cho Oyu (8,201 m, first Canadian women). In the Canadian Rockies, she’s climbed all 56 11,000-foot peaks,” reported Gripped.com.

🏅We’re honoured to announce that one of Canada’s outstanding mountain adventurers and guides, Helen Sovdat, is the recipient of the 2021 Summit of Excellence Award.

Learn more about this award and accomplished, yet humble, individual at ➡️ https://t.co/upujm1BWhH pic.twitter.com/dtAVijTcQz

Canadians Vaea Verbeeck and Bas van Steenbergen are the Crankworx MTB champions for 2021. Verbeeck is now the two-time defending women’s champion, while van Steenbergen is celebrating his first title win of the series, a years-long hunt according to Cycling Magazine. The coronation took place Sunday afternoon in Rotorua, NZ, following a week of elite mountain biking races.

Crankworx: Why You Need to Check Out the ‘Disneyland of Mountain Biking’

The yearly event known as Crankworx is a 10-day celebration of all things mountain biking at the world’s largest bike park — Whistler, British Columbia. Learn why Crankworx is special, what you need to do there, and how you should do it. Read more…

On the subject of return victors, Dutch icon Lars van der Haar stormed the European cyclocross championships over the weekend. It’s the first time since 2015 that the elite cyclist has enjoyed the title. His compatriot, Lucinda Brand, took first in women’s by a minute-wide margin.

Out of the top five men’s competitors, van der Haar is the lone Dutchman — runners-up Quinten Hermans, Michael Vanthourenhout, Toon Aerts, and Laurens Sweeck all hail from Belgium. This week, cyclocross’s best will head to the Czech Republic for the next step in the UCI World Cup series.

In a feat of incomparable measure, Slovenian climber Janja Garnbret became the first woman to onsight 5.14b (8c), as reported by GJ and ExplorersWeb. The Olympic gold medalist did it not just once, but twice in a matter of 2 days — first with her send of Chris Sharma’s classic “Fish Eye,” and then with “American Hustle.” Both routes rest at Spain’s iconic Oliana Cliff in Catalonia.

Extra credit: Onsight means to climb a route without falling or having to “take” (weight the rope) that you have no previous experience with. It’s considered the purest style of sport climbing.

While a litany of winter resorts are opening early due to record snowfall, one prepares for demolition. Sugar Loaf ski resort in northern Michigan, once hailed as “the gem of the entire Midwest,” has been condemned after 20-plus years of functional abandonment.

“The township is extremely happy that the buildings are coming down and will no longer be a health and safety hazard,” township supervisor Tim Stein said in an interview. No plans to restore the resort to its former glory have been announced.