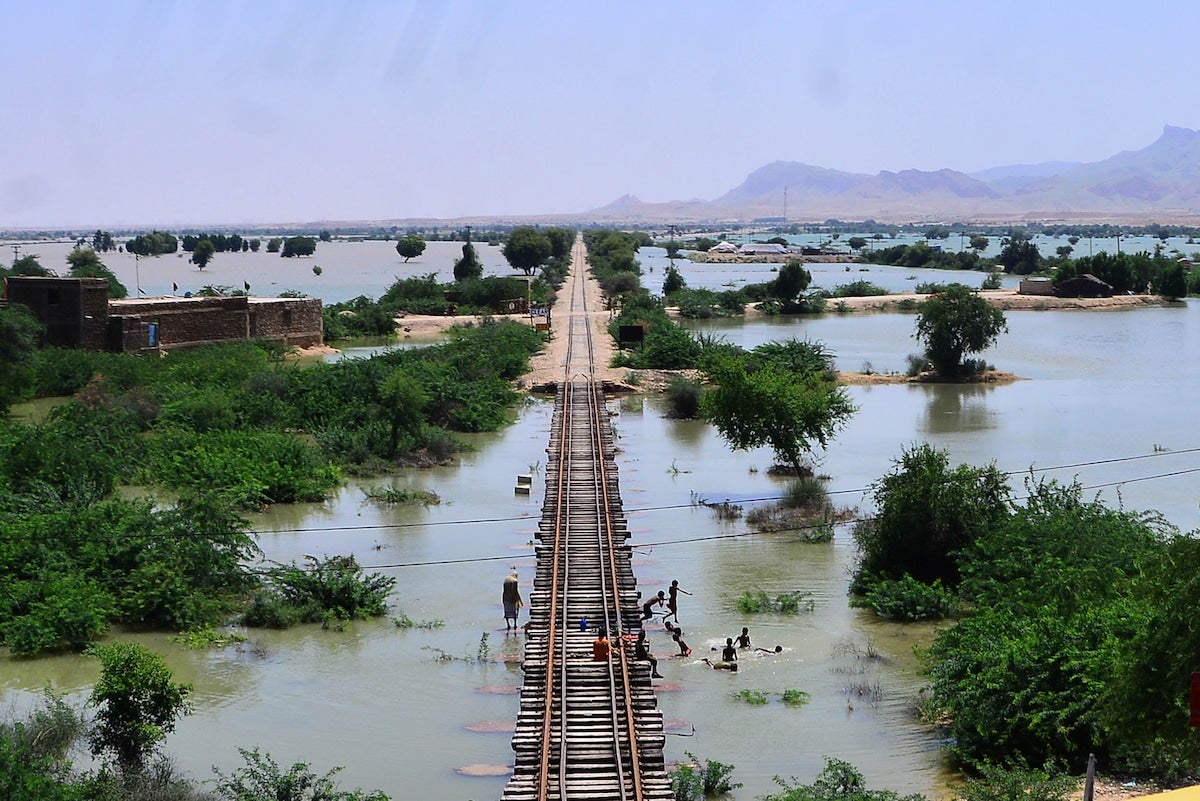 The extreme rainfall that flooded one third of Pakistan this summer, killed nearly 1,500 people, devoured 1.7 million homes and impacted more than 33 million people was most likely made worse by the climate crisis.

That’s the conclusion of World Weather Attribution, a group of scientists who use peer-reviewed methods to analyze whether or not individual extreme weather events bear the fingerprints of climate change.

“Our evidence suggests that climate change played an important role in the event, although our analysis doesn’t allow us to quantify how big the role was,” report co-author Friederike Otto from Imperial College London said, as BBC News reported.

The research team, from Pakistan, India, the Netherlands, France, Denmark, South Africa, New Zealand, the U.S. and the UK, looked at two main aspects of the heavy rainfall that devastated Pakistan, which saw three times its usual August rainfall this summer.

However, there was uncertainty in these results, and things got even more complicated when the researchers started looking at climate models, as these showed less of a climate impact than the observations. That said, some models indicated that the five-day rainfall could have become 50 percent more intense because of global warming.

“This discrepancy suggests that long-term variability, or processes that our evaluation may not capture, can play an important role, rendering it infeasible to quantify the overall role of human-induced climate change,” the study authors wrote.

The study authors also acknowledged the role of other factors including inequality, building near flood-plains and problems with infrastructure and river management that made the impacts of the flooding worse.

“The worst damage was not actually from the rainfall itself, but from dam and barrage related issues…The disaster was a result of vulnerability constructed over a number of years and it shouldn’t be seen historically as the outcome of just one kind of sudden or sporadic weather event,” study co-author Dr. Ayesha Siddiqi of Royal Holloway, University of London said at a press conference attended by Carbon Brief.

All of this paints a less clear picture of climate change’s role than other World Weather Attribution studies like the one that found that a deadly spring heat wave in India and Pakistan was 30 times more likely because of the climate crisis.

“The role of climate change in heatwaves is much larger than in extreme rainfall when it comes to [increasing] likelihood,” Otto told Reuters.

Still, Otto told BBC News that the flooding in Pakistan corresponded to previous predictions of what would happen to the region as the planet warmed. And further predictions serve as another argument to both reduce emissions and fix on-the-ground problems with construction, dams and environmental injustice that made the rain’s impact so much worse.

“Both current conditions and the potential further increase in extreme peaks in rainfall over Pakistan in light of human-caused climate change, suggest that there is an urgent need to reduce vulnerability to extreme weather in Pakistan,” the study authors wrote.

Olivia has been writing on the internet for more than five years and has covered social movements for YES! Magazine and ecological themes for Real Life. For her recent master’s in Art and Politics at Goldsmiths, University of London, she completed a creative dissertation imagining sustainable communities surviving in post-climate-change London.